Selecting Hours Scheduled from the gear icon drop-down menu provides a view of all hours scheduled including any possible overtime and scheduling conflicts. A conflict would occur, for example, when someone is scheduled on more than one row of a schedule or on a completely different schedule and shifts happen to overlap.

To explain the output above, let's say Andrew, whose weekly schedule is currently two 12 hour shifts from 7am-7pm and one eight hour shift from 7am-3pm, would like to work more hours and was asked to pick up a 3pm-11pm shift on Wednesday, January 4th and Thursday, January 5th. Let's also say we group staff according to shifts and so have him listed twice as shown below. 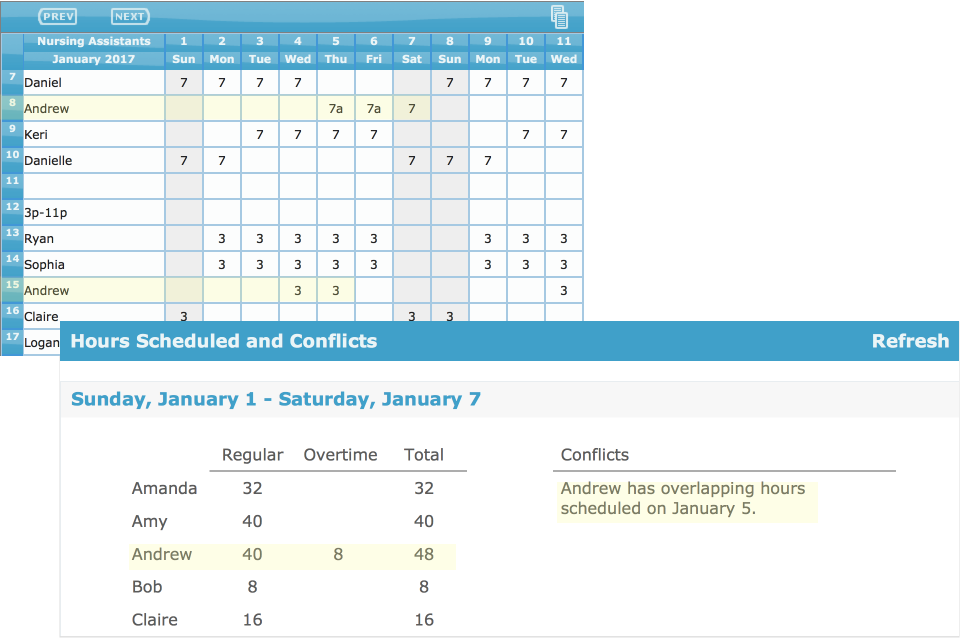 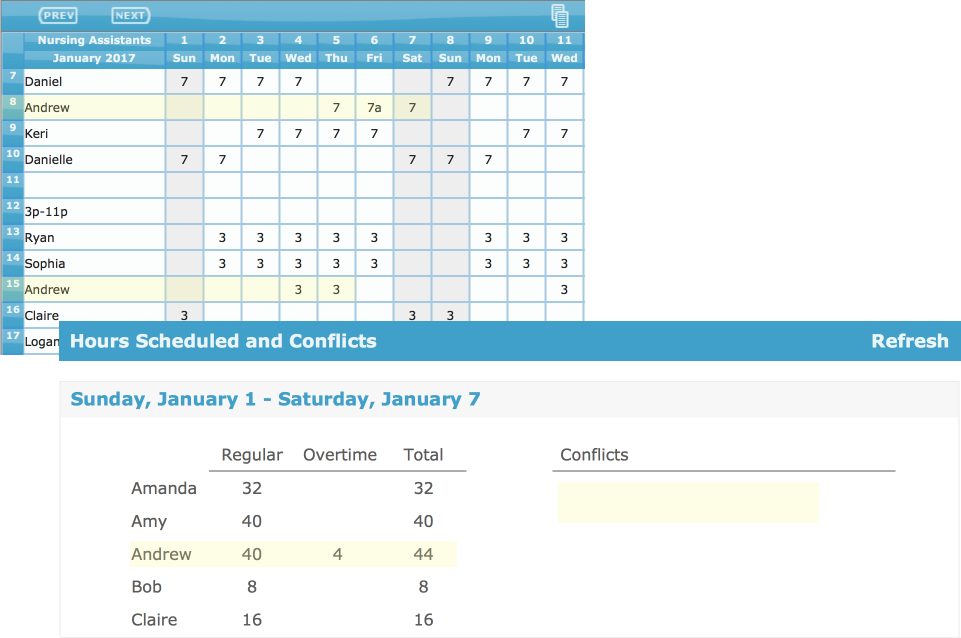 This change eliminated the overlapping hours conflict, and overtime hours have been corrected from eight to four.

You determine that four hours is an acceptable amount of overtime, and besides the approval of a 16 hour day, the remaining concern is the block of four hours from 3pm to 7pm that he was originally scheduled to work. Regarding our coverage for those hours, however, our staffing levels indicator would show that we are still down one.

{note} The Staff Levels feature provides an in depth discussion of target levels and an example of how to resolve such an issue.

An effective strategy to reduce the likelihood of this type of situation from occurring is to routinely schedule at least one over your target levels for those times that are known to be less predictable. If that had been done, then no action would have been required because we would still have been at our target levels.

If not -- and both incurring overtime and being short staffed for those hours were unacceptable, then having this insight sooner rather than later would have been key in addressing the issue with time to spare and working to ensure that other staff were available who did not have such conflicts.

{note} It may seem counterintuitive and more costly to implement a strategy of overscheduling. In reality, it does not have to be, and it provides additional benefits as well. These concerns and strategy are further addressed in Philosophy and Approach to Scheduling.